This blog chronicles the abuse of the Swiss flag in place of proper medical signage. The goal is to point out that colors and symbols are important and you can’t just use whatever you like best when you’re designing something.

To remind you, this is the flag of Switzerland: 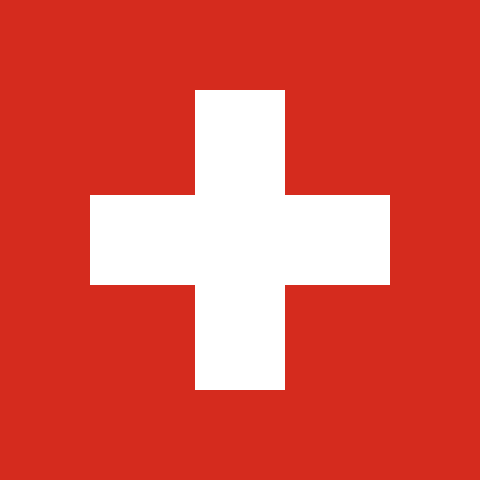 This is the Red Cross flag that is often abused to signify something medical: 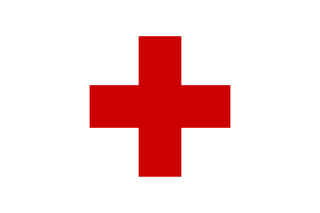 So why are the Swiss flag and the Red Cross similar? The founder of the Red Cross was Swiss humanitarian Henri Dunant, and the organization’s emblem design came from the Swiss surgeon Dr. Louis Appia and Swiss general Henri Dufour. Later the Red Cross symbol was used to label medical personnel, vehicles and buildings during battles.

Because the cross shape was associated with Christianity and this didn’t make everyone happy, the Red Crescent in the spirit of Islam was designed, as well as the Red Shield of David for the Israeli branch of the organization. This all gave rise to no end of controversy, so now we have a fourth symbol (the Red Lion with Sun, for Iran) and a fifth one (the Red Crystal, which is neutral). Hurray for symbol explosion! This stuff has its own Wikipedia article.

These are all protection symbols for use during wartime. None of them should be used on medpacks in games or on non-military ambulances during peacetime. The Red Cross and Red Crescent hates it when this symbol is abused like that. On ambulances, for example, you should instead put the Star of Life: 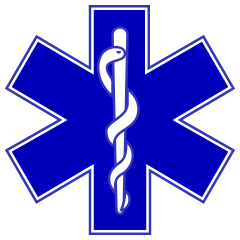 Since I am Swiss, I have to chuckle every time someone puts a Swiss flag somewhere and thinks it represents something medical, so in this blog I try to chronicle examples of this ignorance. But I’m not alone in poking fun at this, check out this editorial by Philip Stahel in the medical journal Patient Safety in Surgery, for example (it’s open access and free to read). In some countries it’s even illegal to put the Swiss cross on things willy-nilly; Germany, Austria and the Netherlands have laws against this.

Putting your Swiss cross in a circle won’t make it any less Swiss or any more medical, either. Look at some traditional Swiss baked goods: 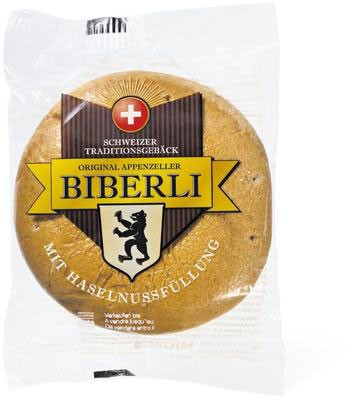 So is this biberli a medical item now? No, but it is Swiss; there’s even a law in Switzerland that states that you can’t put the Swiss cross on products that aren’t predominantly Swiss.

None of this is seems to be stopping the massive increase of the misuse of the Swiss cross symbol in movies, series, games and just culture in general. This blog isn’t going to do that either, but maybe pointing fingers will at least make a small dent.

Did you see a misplaced Swiss flag?

Let me know and I’ll include it here.

Sorry but the combination of red and white to signify something medical is just so deeply ingrained in peoples minds and other symbols and colors just can’t compare.
Since the red cross on white isn’t allowed to be used, the swiss flag is the best looking alternative.

I’m saying this as a designer. Your flag is just too perfect as a medical symbol and more recognized as such than as your actual flag.
I can see how it looks ridiculous to a Swiss, because to you, this is your national symbol.
But it’s not how rest of the world and especially gamers see it, who’s been fed this symbol in a medical context for ages. Up to a point where they might mix up a Swiss embassy with a Hospital.

I like the alternatives provided here though.
The problem I have as a designer, is that none of them use red.

Then the rest of the world should try and be more inventive, no?

When you use a red circle with a white cross it’s no longer a Swiss flag though.
If you want to call it a “modified Swiss flag” then it might as well be a “modified Japanese flag”.
But that’s what happens when you have flags with simple geometric shapes.

Fair enough, but did you ask yourself why people associate red and white with medicine? The Red Cross emblem is based on an inversion of the Swiss flag, and the name “Red Cross” should make it pretty obvious that you’re supposed to make the *cross* part red, not the background 🙂

I get that non-Swiss don’t find it funny, but picture a world in which games and TV series use your own country’s flag to indicate health and medicine. Bit weird, no?

Yeah I’ve been reading up a bit and came across that piece of historical knowledge, it’s interesting.
You should consider expanding this about section with things like that.

Also I found out the Swiss Airforce use a red roundel with a white cross..
Seeing it on a plane, my brain has a hard time deciding between Swiss Airforce and Medic Plane.. The latter being a ridiculous idea but hey, that’s what happens when video games raise you..

Thanks for the suggestion, I’ve added a little history blurb and a link to Wikipedia. I first thought this is a very small and very specific issue, but what you wrote about the planes made me think. If it’s true that one person got this impression from video games, maybe a lot more people have. So the Red Cross is perhaps right when it complains that its symbol is now confusing people because it’s used wrong in video games (and even TV series, I have a few screenshots from Archer and Fargo for example).

The people who made Party Hard almost got it right on their ambulance, so it seems there are some designers who are discerning with their medical symbols. The only thing they got wrong is to put a red cross on top of the car. That pisses off the Red Cross but doesn’t make the Swiss chuckle.

I’ll try to dig up some more official alternative medical symbols that I could put on the About page in case more designers stumble over it 🙂 But I think the white cross on green, which is the very official first aid kit one, should be enough for medpack use.

If you want a good example look at the Medic from Team Fortress 2.

As for the iso-standard first aid logo.
I think designers will keep preferring a red logo.
The association of red and health is extremely strong.
Red also stands out as a warning color and together with white it has great contrast.

I think you’ll see more Swiss flags in the future and a lot of them won’t be because of ignorance, not sure if that makes it better or way worse.. ?

Of course all that is true, but it doesn’t help with the fact that even if designers would get the colors right, it would just be an abuse of a protection symbol for military use instead of misuse of a national flag or symbol. The red in the Swiss flag does come from the Blutfahne (blood banner) so I understand how people would associate *that* with something health-related, but then again the Albanian flag also has a lot of red and isn’t used that way 🙂 Oh well, maybe I’ll replace “ignorance” with something more fitting.

Fun thing to note, this is basically just for the US. In the UK and Australia, (and most European countries) we use a white cross on a green background for most first aid kits, a green cross for pharmacies and both of them and the star of life for ambulances. Our medical planes have their own symbol too.

Not Dunant but Dufour was the source of switching the colour of the swiss flag.

Thank you for the in-depth clarification.
It really make sense

Even if colour was switched, the different is still clear.People should observe rightly .Nobody is to be blamed. Danke