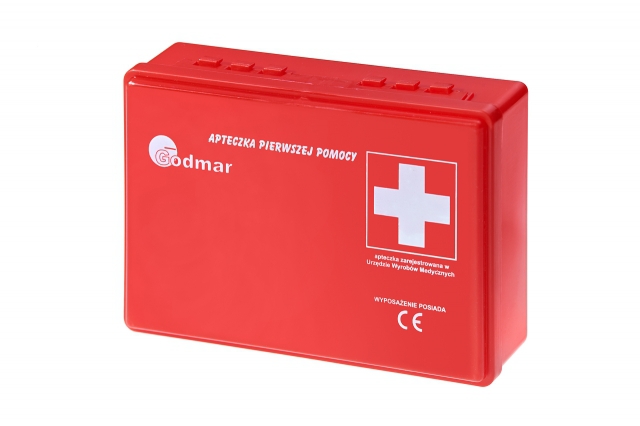 With extremists now in power, I hope the new government doesn’t take them behind the shed to shoot them for treason. Poland’s flag may use the same colors, but definitely not in that shape.

While the hospital in this scene in the series Archer has a red cross, the ambulance has a Swiss flag. This is surprising for the show, which is normally known to get a lot of cultural stuff right, with the random bits of Spanish, Portuguese and German spoken often making sense, and even a joke about learning Rumantsch (my mother tongue) while flying to Switzerland for a job: 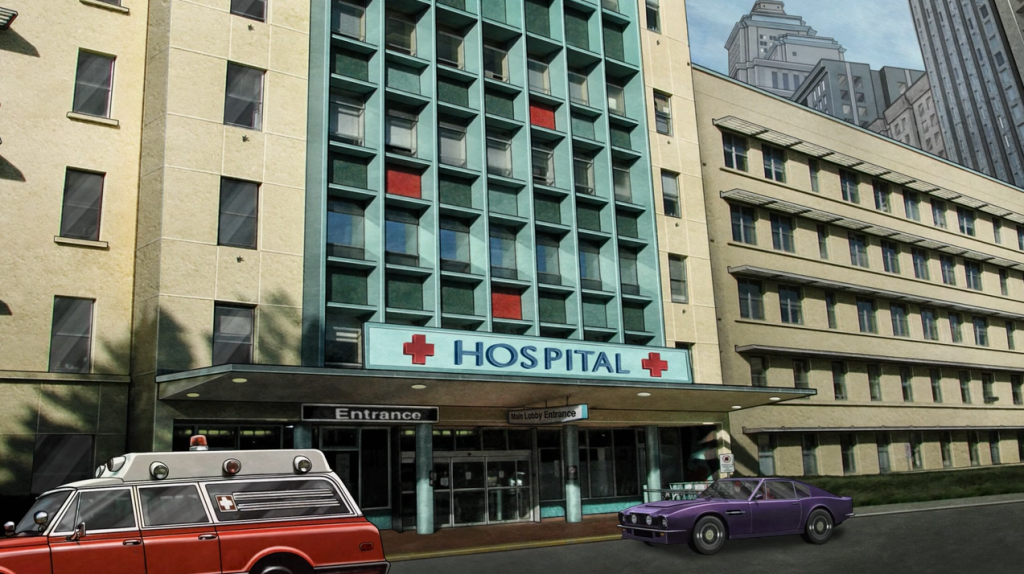 The developers of No Man’s Sky got many things wrong, it seems, and using a Swiss flag to indicate health is simply another: 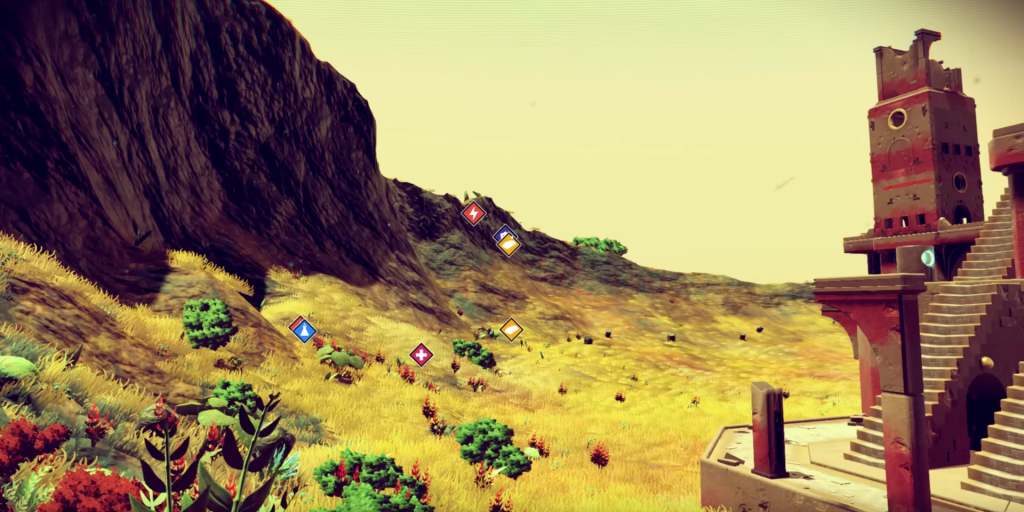 This screenshot is shamelessly stolen from Mack’s fantastic Worth a Buy channel.

Even the biggest studios aren’t immune against misuse of the Swiss flag. Civilization V even uses the Swiss shield that is popular on some items, such as Swiss army knives from Victorinox or Wenger, as a symbol for “fortify until healed”. Look in the lower left corner: 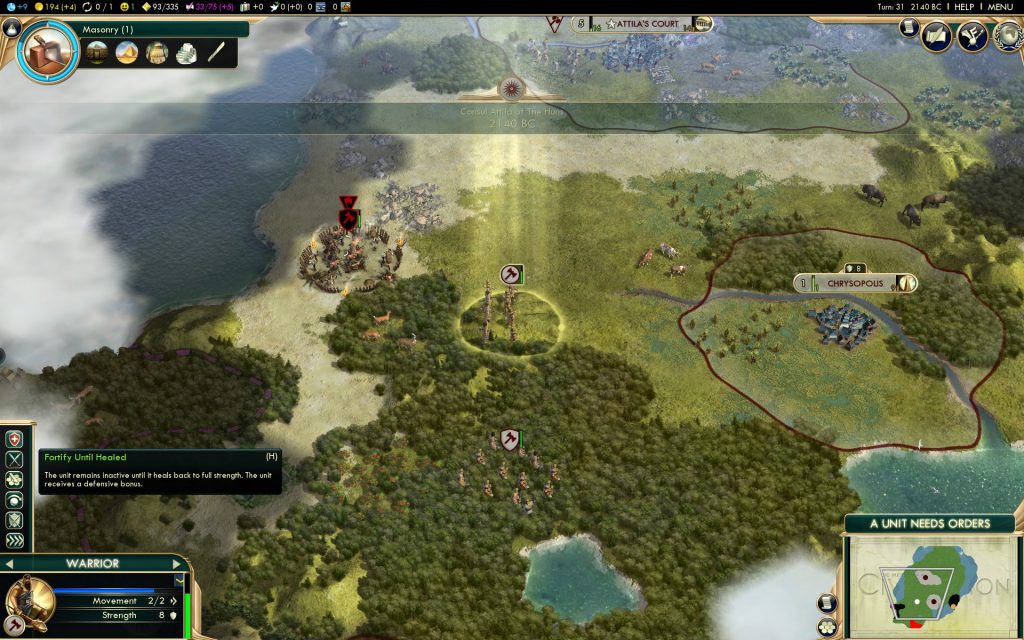 I don’t think the unit would survive for long with just a little knife (even if it has scissors or a toothpick).

Another game developer doesn’t get it, and this time it’s Volition. The ambulances in Saints Row: The Third carry a Swiss cross on their roof: 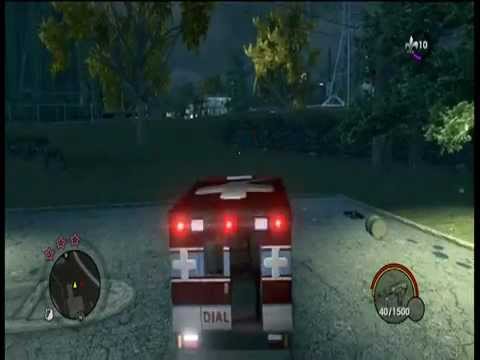 I apologize that this image doesn’t have the correct proportions, by the way, I stole this from YouTube.

In this game, Square Enix has a character carrying two boxes full of Swiss chocolate onto a plane: 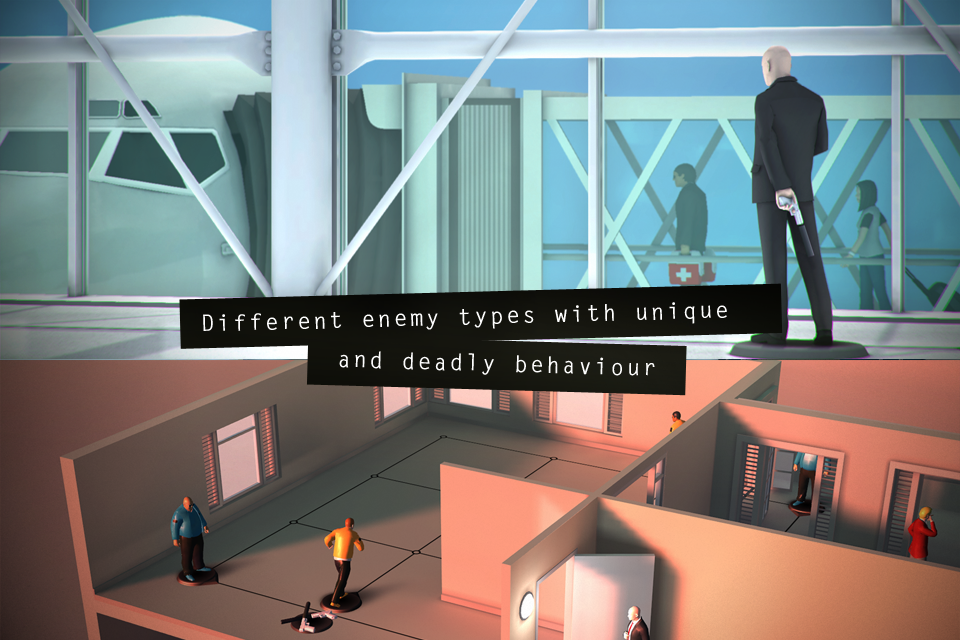 The event does not seem to be explained in the plot so far, so I don’t know what it’s all about.

Dead Trigger 2 by Madfinger is a strange game. It seems like a force of the Swiss army is fighting zombies around the world. When they get hurt, they evoke a vision of Swiss national pride by imagining a large heart beating for Switzerland, and the overwhelming joy of being Swiss then heals wounded soldiers. This is what it looks like: 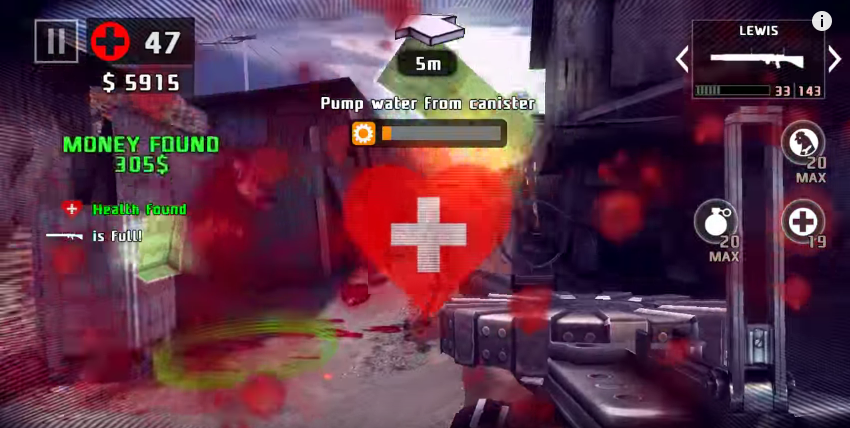 Very odd, but it probably goes hand in hand with the Swiss pharmacist they hired for their hideout: 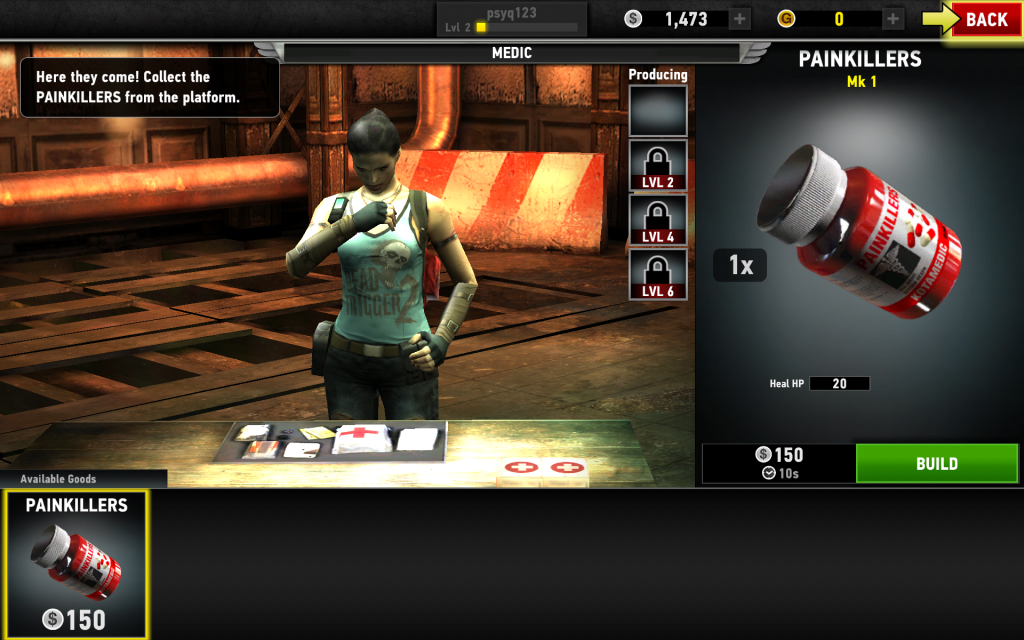 Vox’ video about opioid-based painkillers being responsible for an increasing number of deaths in the USA contains this bizarre scene that probably says something about marijuana bread in Switzerland: 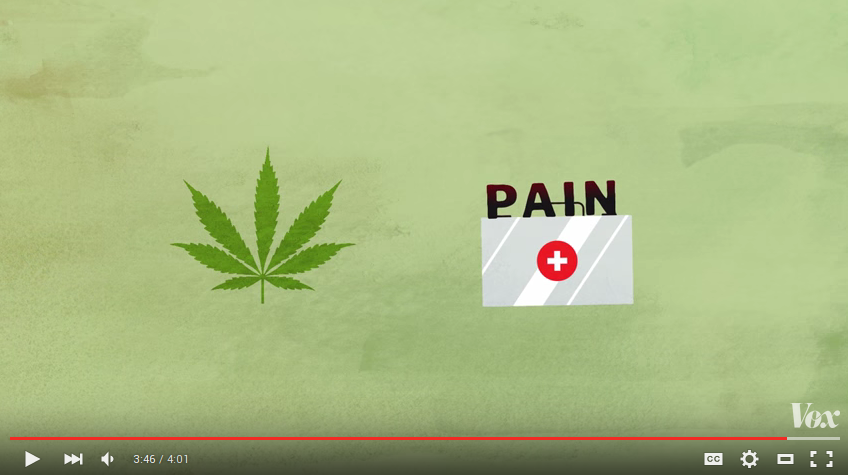 After all, French is one of Switzerland’s national languages and “pain” means bread. Maybe they’re trying to say that baking marijuana into bread is legal in Switzerland and could lead to steel briefcases full of money, but I’d like to warn them at this point. Possession of more than 10 grams of pot is still fined in Switzerland, and cannabis trade is illegal.

So Vox’ business idea with the Swiss weed bread isn’t that great. Maybe they should try in Uruguay instead, where it’s legal. Here, I’ll fix that graphic for them: 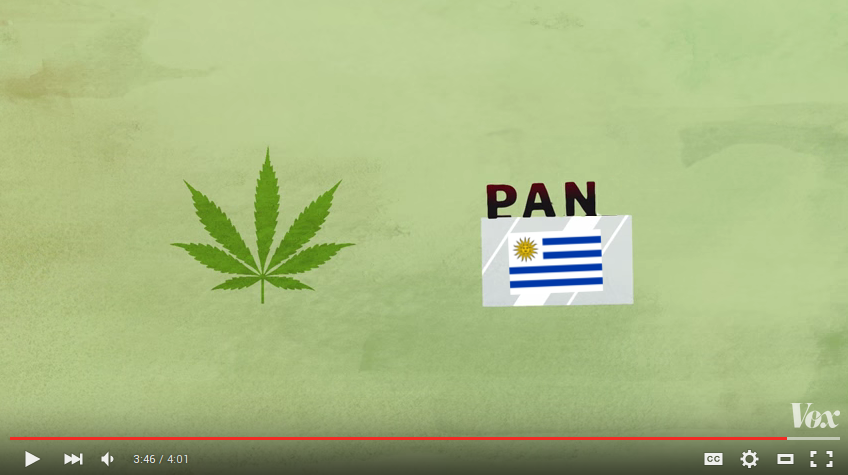 Dear Vox, if you want to hire me to fix all your graphics, check the about page for my email!

SciShow’s video about whether you should use hydrogen peroxide to clean wounds also includes a white metal box probably full of of Swiss chocolate. Maybe it helps distract from the wounds if fed to screaming children. 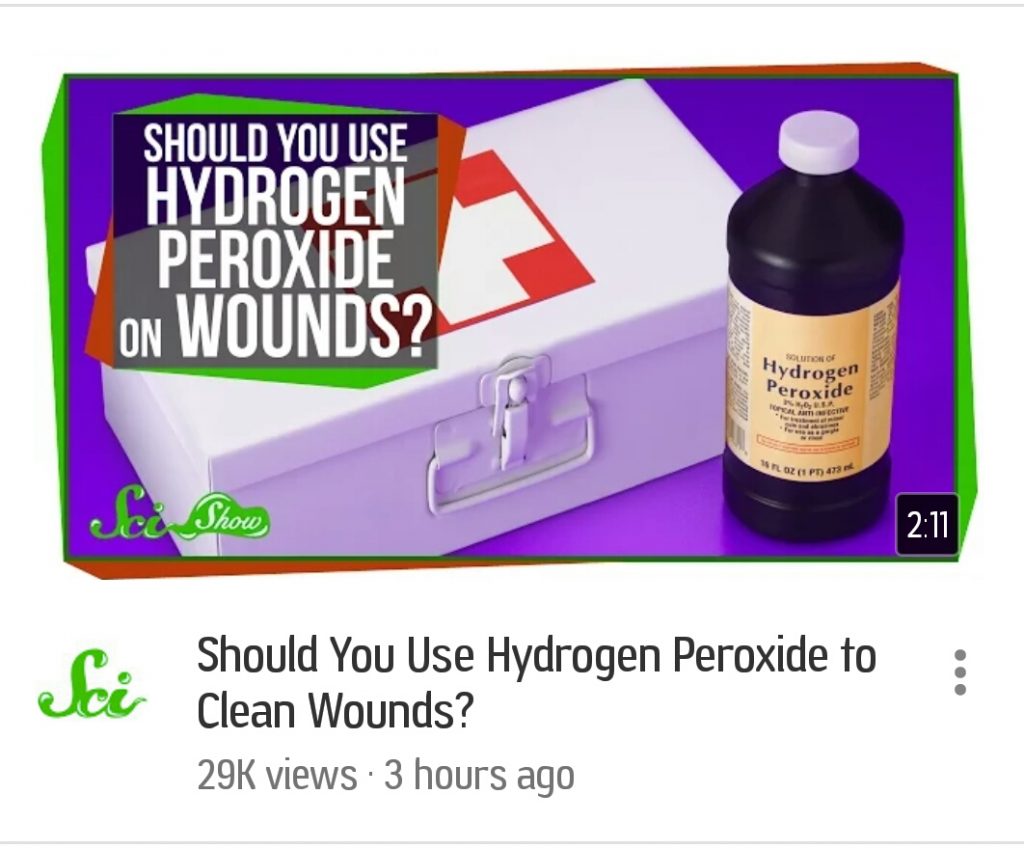 The fun bit is that they even use the square shape typical of the Swiss flag (without enough margin and the cross dimensions are all wrong, but still.)

My thanks go out to Carson for this find!